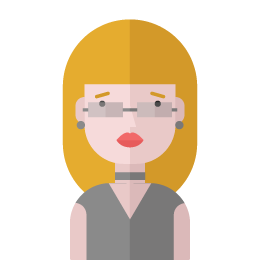 When I was pregnant with my daughter, I had a difficult time. I've always had trouble with my back, and the weight gain threw me off balance and made me experience a lot of pain. I was so uncomfortable all of the time that I couldn't even get through a day of work. I finally decided to go see a chiropractor that a coworker recommended. I was very nervous -- I'd heard about having your back cracked, and it sounded scary to me. The chiropractor did manipulate my back, but he was very gentle, and it didn't hurt at all. In fact, it helped. So did the massage table in his office. Without that care, I don't know how I would have gotten through the rest of the pregnancy. I decided to start a blog to help other women learn how chiropractic care can help them through a difficult pregnancy.

Exercise Modalities You Should Know
11 June 2021

For many people having a workout routine program i …

Why Go To A Chiropractor If Your Back Pain Won't Go Away?
23 February 2021

If you have relentless back pain, you're not alone …

Do You Have Whiplash? Signs You Need to Talk to Your Chiropractor
10 September 2020

Do you have whiplash? Whiplash treatment is someth …

When it comes to physical therapy, you may not kno …

If you live with chronic pain, someone may have re …

Migraines can be crippling for its sufferers, with severe pain, sensitivity to light and nausea as its potential symptoms. Since usual treatment options are limited to taking pain killing medications and avoiding triggers that make the symptoms worse (like bright light and noise), knowing that chiropractics is an option may come as a relief.

One of the potential causes for migraines is a misalignment of the brain stem and spinal cord. When the spinal cord is misaligned, it can put pressure on the trigeminal nerve, which is a pain pathway that's triggered during migraines. Correcting and maintaining good spinal alignment may reduce the number of migraines or reduce the pain they cause.

People who suffer from chronic and severe asthma attacks may be able to find some relief with chiropractic adjustments. Severe asthma can be life-threatening, with asthma attacks coming on suddenly due to stress, allergic reactions, or spontaneously for no apparent reason. Traditional treatments for severe asthma include emergency inhalers and steroid medications, which can cause a slew of negative side effects, including weight gain, high blood pressure, and with long-term use, serious diseases like diabetes and cataracts.

One case study of a child suffering from severe asthma showed that his symptoms not only improved with regular chiropractic treatments, but he was able to completely stop taking steroid medications after four months of treatments.

Major progress has been made in HIV medications in recent years, which can help to slow the progression of the disease. However, people with this disease can also take additional steps to improve their overall health and combat the effects of the disease.

As you probably know, HIV attacks the T-cells (also known as CD4 cells) of the body, which are intended to protect people from diseases and infections. When the CD4 cells die, it not only increases the risk of infection but the HIV virus hijacks the mechanism that normally replicates CD4 cells to make HIV virus cells instead.

Chiropractic treatments are wonderful for back and neck pain management, but they're not limited to just those areas of the body. Chiropractics can help to reduce dependency on medications that have serious side effects, boost overall health and stop debilitating pain. Visit a chiropractor like Rockwood Chiropractic today to see how your health problems can be relieved.